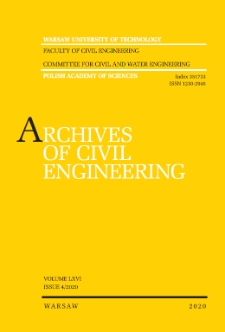 The new approach to the construction project planning is presented in the article. The classical net model is enriched by the fuzzy decision node. The decision node allows for alternate choices dependent on appearing circumstances. The alternative net model with fuzzy decision node is an acyclic multi-graph, where some, chosen nodes (events) have multiple connections. These connections represent alternative methods of the certain work execution. Every work (activity) (i, j) in the net model with alternative methods of work execution, despite the basic information comprising the execution time, the cost, the number of necessary workers, should comprise additional information e.g. about a complexity of works, a real feasibility. The alternative ways of a given work execution are evaluated in the decision node based on the fuzzy decision model. Each method is evaluated by assigning it the preference level in a form of the value of the membership function – „equal or higher” μ≥. The most preferable way of the work execution in a given circumstances, will have the highest value of preference level. When the choice is done the net model is solved in the traditional way. Therefore, the paper concentrates on the process of choosing the method of work execution in the fuzzy decision node. The example calculations accompanying the process of decision taking are presented too. The model requires the use of linguistic variables, a fuzzy numbers, as well as fuzzy preference relations together with some calculations applied the probability theory.

The problem of effective gas extraction from Polish shale rocks is an interesting research subject for scientists. A properly selected proppant, which protects cracks from closing during the fracturing process, inestimably contributes to an increase of extraction. Grains of proppant are transported along with a fracturing medium to reach the deepest regions of the crack. The proper support of the crack provides an easy flow of gas, therefore it is important in terms of extraction efficiency. This paper shows the interactions of a proppant grain with the crack surface in shale rock. FEM analysis was conducted to observe the stress region, which is generated as a result of pressing the grain into the crack surface. A model of a sphere which was pressed into the rock model with constant velocity was applied. The received results of stress depend on material properties and a range of proppant grain pressing.

Elaborating composites containing waste materials requires study of basic mechanical properties and assessment of their structure quality. The subject of investigation was PPC concrete where aggregate was substituted with PET remaining after beverages bottles grinding. Substitution was done up to 25% (by volume). Waste material was fractioned and applied in various granulations. The main goal was to indicate the influence of such modification on the composite mechanical properties and to examine composite structure quality at macro level. Since PET and quartz differ greatly in density, to perform such examination it was possible to apply the nondestructive ultrasonic method, one of the most common NDT techniques used in material science and industry. The paper presents the effects of substitution of quartz with PET on ultrasonic wave propagation in PCC. The ultrasonic test results (measurements of wave velocity) compared with results of destructive tests (flexural and compressive strength) showed great correlation.

Shear connectors are designed in steel-concrete composite construction to transmit the longitudinal shear, to prevent separation of steel and concrete slabs, and also to increase the structural efficiency of the whole system. In this study, the performances of different types of shear connectors in steel-concrete composite specimens are evaluated by conducting push-out tests under monotonic loading conditions. An ISMB 200 @ 25.4 kg/m universal steel beam measuring 400 mm and a reinforced cement concrete slab measuring 300 mm with a breadth of 200 mm and a thickness of 200 mm reinforced with 8 mm diameter steel rods are used for the experimental study. The results reveal that the load-slip relationships for various types of shear connectors and failure mechanisms are obtained to identify those shear connectors which are more relevant to the steel – concrete composite members.

This paper deals with a Continuous Stiffness Degradation (CSD) version of advanced analysis of braced steel framing. It is based on the gradual stiffness degradation concept of frame and truss members. A novelty of the approach presented herein is related to the introduction of the bracing member response in the whole range of its behaviour in tension and compression, including the post-limit range. The validation of the proposed advanced analysis is performed for braced framework with rolled angle section braces. The validation of the brace force-deformation model has been presented in the author’s earlier publication. The basis for the presented CSD advanced analysis is briefly summarized and its difference with regard to the Refined Plastic Hinge (RPH) version of advanced analysis is emphasized. Experimental investigations dealing with tests on portal braced sub-frame specimens are referred to briefly. Results of the experimental investigations are presented in the form of a frame global response and they are used for the validation of the developed computational model.

In order to improve the toughness of traditional epoxy resin, dibutyl phthalate (DBP) was introduced into the epoxy resin. The static mechanical performance of plasticized and unplasticized epoxy resin was evaluated. The test results showed that the DBP modified epoxy resin can obtain a higher toughness than conventional epoxy resin, but the elastic modulus and the tensile strength were slightly reduced. The low cycle fatigue test results indicated that the stress ratio and the stress level were two critical factors of fatigue life, which was increased with the growth of stress ratio. It was also found that the fatigue life of plasticized specimen was much less than that of the unplasticized specimen because of the plastic deformation. A logarithmic linear relationship was then established to predict the fatigue life for plasticized epoxy resin. The strain energy density was also applied to demonstrate the accumulation of energy loss. In addition, the fatigue toughness can be obtained by the hysteresis loop area method.

The construction industry in India is the country’s second largest industrial sector, after agriculture. The construction industry makes a remarkable contribution to the Indian economy and provides employment to a large number of people of Idia. Fire is a chemical reaction of a combustible substance with oxygen, involving heat and is usually accompanied by a visual flame or incandescence. Ensuring fire safety has always been a challenge to the stakeholders, i.e. building owners, construction companies, contractors and sub-contractors, and government employees due to the multiplicity of the factors involved and their complexity. There are various legal standards and requirements for ensuring fire safety on construction sites. The buildings are normally provided with firewalls during construction and these firewalls separate two structures or divide a structure into smaller portions to prevent the spread of fire. The lightweight construction and trusses are designed to support only their own weight. During a fire, if one fails, a domino effect happens and all fail rapidly within 5 to 10 minutes. Prolonged exposure to fire may result in structural collapse and injury or death of the occupants of the building under construction. Fire safety on construction sites is still in its primitive stages in India. There is a great necessity to improve fire safety on construction sites to protect construction workers and other occupants of the buildings. This study aims to design and implement fire safety systems for construction sites, thereby enhancing the standards to meet the system requirements at par with global standards.

To examine the correlation of driver visual behaviors and subjective levels of fatigue, a total of 36 commercial drivers were invited to participate in 2-h, 3-h, and 4-h naturalistic driving tests during which their eye fixation, saccade, blinking variables, and self-awareness of their fatigue levels were recorded. Then, one-way ANOVA was applied to analyze the variations of each variable among different age groups over varying time periods. The statistical analysis revealed that driving duration had a significant effect on the variation of visual behaviors and feelings of fatigue. After 2h of driving, only the average closure duration value and subjective level of fatigue had an increase of one-fifth or more. After 4h of driving, however, all these variables had a significant change except for the number of saccades and pupil diameter measurements. Particularly, driver saccadic eye movement was more sensitive to driving fatigue, and the elderly were more likely to be affected by the duration of the drive. Finally, a predictor of driver fatigue was determined to detect the real-time level of fatigue and alert at the critical moment.

Reinforced concrete is one of the most widely used structural components about which much scientific research has been conducted; however, some of its characteristics still require further research. The main focus of this study is the effect of direct fire on the shear transfer strength of concrete. It was investigated under several parameters including concrete strength, number of stirrup legs (the steel area across the shear plane), and fire duration. The experimental program involved the testing of two sets (groups) of specimens (12 specimens each) with different concrete strengths. Each set contained specimens of two or four stirrup legs exposed to direct fire from one side (the fire was in an open area to simulate a real-life event) for a duration of one, two, and three hours. The results of the comparison showed the importance of using high-performance concrete (instead of increasing the number of stirrup legs) to resist shear stress for the purpose of safety. A significant reduction in shear strength occurred due to the deterioration of the concrete cover after three hours of direct fire exposure.

• Template of the article intended for publication in Archives of Civil Engineering.pdf

• Template of the article intended for publication in Archives of Civil Engineering.doc

Submission of articles for publication in the journal Archives of Civil Engineering should be made via the website: